Oleksandr Feldman: No ‘tradition’ can justify anti-Semitism in modern society 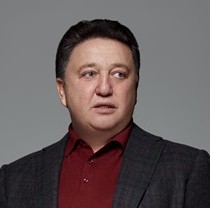 The President of Ukrainian Jewish Committee, the founder of the Institute of Human Rights and Prevention of Extremism and Xenophobia (IHRPEX), Ukrainian MP Oleksandr Feldman has commented on the scandalous post made by the Vodafone Ukraine company’s spokeswoman Viktoriia Pavlovska.

“As for the infamous (and already deleted) post made supposedly on behalf of the Vodafone Ukraine company’s spokeswoman, who permitted herself to use names, which are offensive for the representatives of other nations, while also emphasizing the ‘absence of political correctness.’ I am sure that the times of the ‘absence of political correctness’ are over in our country. And I hope that they will never come back, especially if we want to move towards Europe and build a modern and democratic society. The society that is comfortable for living for the representatives of any nationalities and religious confessions, and where no one is offended and humiliated,” Oleksandr Feldman noted.

He also drew a special attention to the fact that Vatican officially removed accusations of Jews from all sermons, and before this, so did European and American Protestants. “No ‘tradition’ can justify anti-Semitism in modern society. And if our Ukraine moves towards the construction of European civilization, the choice belongs only to us. The matter is not in the post that was deleted rapidly. The thing is that these facts exist today in Ukraine, they existed in previous years and we made statements about them and struggled against them as well,” Mr. Feldman wrote.

Oleksandr Feldman noted that the Vice President of Ukrainian Jewish Committee, a lawyer Ivan Liberman is already preparing the appeal to the Chairman of the Security Service of Ukraine, to the Minister of Internal Affairs and to the Prosecutor General with the request to initiate criminal proceedings due to the fact of incitement of ethnic and religious intolerance.